ANDREW BRUCE SHAW- The term pioneer citizen may well be applied to Andrew Bruce Shaw of Moscow, Allegany county Maryland because he was not only born and has spent his whole life there but his father and his grandfather before him lived and died there, and his family has been identified with that section for more than a century.

Major William Shaw, Father of Andrew Bruce Shaw, was bore near Cresaptown, Allegany County, December 2, 1794 and was a son of William Shaw who was a native of Barton upon Humber, England, and who emigrated to this country from England when quite a young man and settled near Cresaptown.

William Shaw, Grandfather of Andrew Bruce Shaw, married Charlotte Trimble of near Frostburg. Mr. Shaw was a Methodist minister, and traveled from place to place in the then sparsely settle region of Allegany county, preaching and ministering to people of that faith.

Major William Shaw, son of William Shaw and Charlotte (Trimble) Shaw was born in 1794 at Cresaptown and was a farmer by occupation. He received such preliminary education as the country schools of that time afforded, and enlisted and saw active service in the war with England in 1812-1814. At the close of the war he settled at Westernport where he married Patsy Elliot Burns on November 31th 1817. East of Westernport, in the Georges Creek valley, he acquired large holding of real estate to the amount of several thousand acres in the neighborhood of where Barton and Moscow where later established. Later on these lands were discovered to be under laid with valuable seams of coal, and these coal deposits secured the early and rapid development of that section.

The upper or fourteen foot vein was soon opened up four miles east of Westernport on the Shaw Lands, and Mr. Shaw laid off fifty-one lots for the establishment of a town, which he names Barton in honor of the place of his father’s nativity in England. The rush into this new coal field soon resulted in the establishment of a thriving village on the Shaw property, and Mr. Shaw settled there and built his home on the north side of the valley near the Swanton mine.

The Swanton mines were the first opened, followed closely by the Caledonia, Pickelle, Barton and Potomac. The lots laid off by William Shaw were soon built upon and in 1868 Andrew Bruce Shaw laid off an addition to the town of sixty-six lots,  and Barton soon became an active mining and business center.

In 1830 Major William Shaw, who owned two extensive tracts of land known as “Balls Good Luck” and “Flowery Meads”, augmented by the number of military lots and other holdings, built his mansion house on the site where now stands the residence of Andrew Bruce Shaw, near the confluence of Laurel Run and the George Creek, and began the extensive farming and stock raising activities that occupied the greater part of his life.

All but Andrew Bruce Shaw, the subject of this sketch are dead.

Andrew Bruce Shaw received such education as was possible in the country schools, and when only fourteen years of age, began to clerk in the store of his father at Barton. After spending some time at this occupation, he entered Fairmount academy of Fairmount, West Virginia, one of the best schools of that day, where he spent a short term, and his training there was supplemented by a course in surveying, at which he is an adept.

Major William Shaw died May 2, 1867, and Andrew Bruce Shaw became the executor of his fathers will and settled up his large estate. He then acquired, by purchase from the other heirs, all the realty holdings of his father and the stock and fixtures on the place.

On his succession to this large landed estate, Mr. Shaw continued the farming and stock raising activities begun by his father on what one of the best farms in Allegany County. He replaced the barn by a fine large structure, sufficient for his increased needs. The old mansion house was removed to another site, and on its original location he constructed one of the finest brick residences in the county. It is large and commodious, of attractive architectural design, and contains more than twenty rooms, it is strictly modern, with steam heat, running water from his own supply reservoir constructed high up on the mountains, with ample pressure, and he has his own electric lighting plant to illuminate his home and grounds.

The bricks for his building were made by Mr. Shaw of material of his own clay banks, the lumber and millwork from his own mills, which he had installed to better market his large timber resources, and all of the work was done under his immediate supervision. More than three hundred thousand bricks were used in the building, which is stone trimmed, slate roofed, and the interior finished in hard woods, walnut and ash predominating.

Mary Martha Shaw, wife of the subject of this sketch, died November 6, 1919 at the age of seventy six years. She was a devoted wife and mother and an exemplary and benevolent Christian lady. She was a member of the Methodist episcopal church of Barton.

Andrew Bruce Shaw has reached the ripe age of eighty six years, and is hale, hearty, erect and sprightly as a man of sixty.

He is a man of many activities, and besides his farming and building pursuits he is engaged in the mining and shipping of coal from the seams underlining his property.  He is widely read and well informed on general topics, and numbers his friends by the thousands. His beautiful home during the lifetime of Mrs. Shaw was a center of hospitality and social activity second to none in the country.

Mr. Shaw is identified with the Methodist episcopal church of Barton, and has been for many years a trustee of the property; He is a Mason, affiliated with Allegany Lodge Number 157 A. F.  and A. M. of Barton, and is a Republican in politics. He has held public office but once, that of county commissioner from 1875 to 1877.

His father, Major William Shaw, was a member of the Maryland Legislator for the session of 1863-65.​ 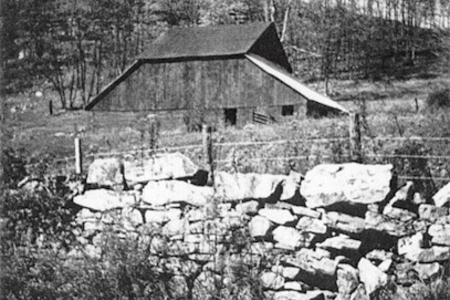 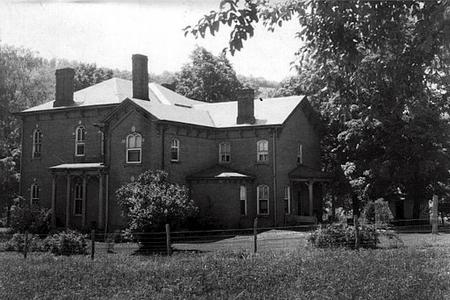 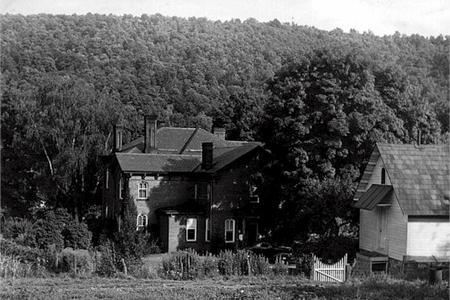 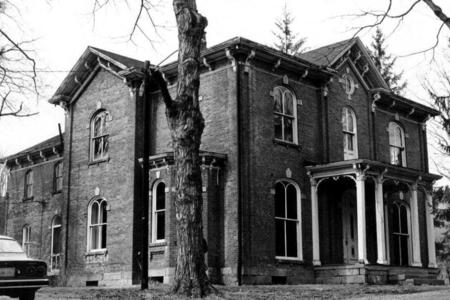 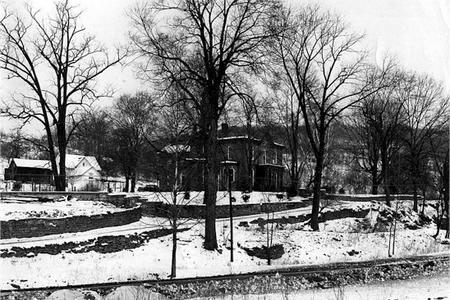